Songs by a LadyNerd

Here are some lyrics and musics I’ve written, performed by me with the help of amazing musos. 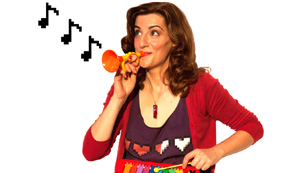 Recorded live at Sydney Fringe as part of LadyNerd 2: Game of Nerds, September 15, 2017.

This is my song about 19th century pioneer of investigative journalism, Nellie Bly. It’s set on the morning that young Nellie embarked, with not even two days’ notice, on her history-making round-the-world trip – November 14, 1889. Determined to travel light (because women reputedly didn’t in those days), Nellie crammed everything she needed for 75 days into a 16×7 inch gripsack.

The entire kick-ass backing track was engineered by Mark Chamberlain (oh and we recorded my Andrews Sisters-esque clones!), who played keys live as I sang. (Apols for occasional peaks)

The Electronic Numerical Integrator and Computer, ENIAC, was built during WW2 for ballistics calculations. It was run tirelessly by a team of six LadyNerdy specialists, including programmer Betty Holburton, who used to say: “Look like a girl, act like a lady, think like a man, and work like a dog.”

Backing track engineered by Mark Chamberlain, who played keys live as I sang. And we recorded Joey Pangilinan on drums so he can be with us everywhere!

This song traces the career of extraordinary mathematician Katherine Johnson (I even wrote it before the amazing Hidden Figures film came out!) from school prodigy to NASA expert. The main inspiration came from the moment Katherine’s mother warned her about crossing state lines as a young Black woman in the US south in the 1940s, and Katherine replied: “Well, tell ’em I’m coming!”

Fancy some word nerd rage? If so, this NSFW song is for you!

I wrote this especially for Tinder Musical – credit goes to Steven Kreamer for adding the We Are The World-esque three-part harmonies towards the end. I’m singing with my co-star Mark Simpson and we’re accompanied by Steven Kreamer. I have a feeling our sentiments were a bit harsh for radio.

Powder My Back “cover”

This a full segment of Slapdash called Cover Me, Bro! – songs that probably haven’t been covered before, probably for good reason. The audience would bring us some very obscure stuff and I’d come back a month later with an arrangement of it. Now, you could call this one a ‘cover’, except that it’s an entirely new song because… well, you’ll hear why. Features Mark Chamberlain on keys, Joey Pangilinan on percussion, and back-up singers Jacqui Greenfield and Shannon McKinn.

This is a song about Edinburgh Fringe. I had a lot of help with cramming musical references into this one, so while I can take full credit for the lyrics, the music was a collab with Mark Chamberlain for shiz.

Note: Music presented with major thanks to all the musicians I’ve worked with. You are all very patient and awesome. I’m super unco – I can play well enough to show you how it goes bit by bit (and if I can’t, I can sing and/or beatbox it… I know, I’m the worst), but it takes a proper ninja to play it on stage with all eyes and ears on you. Thank you for being my ninja army.